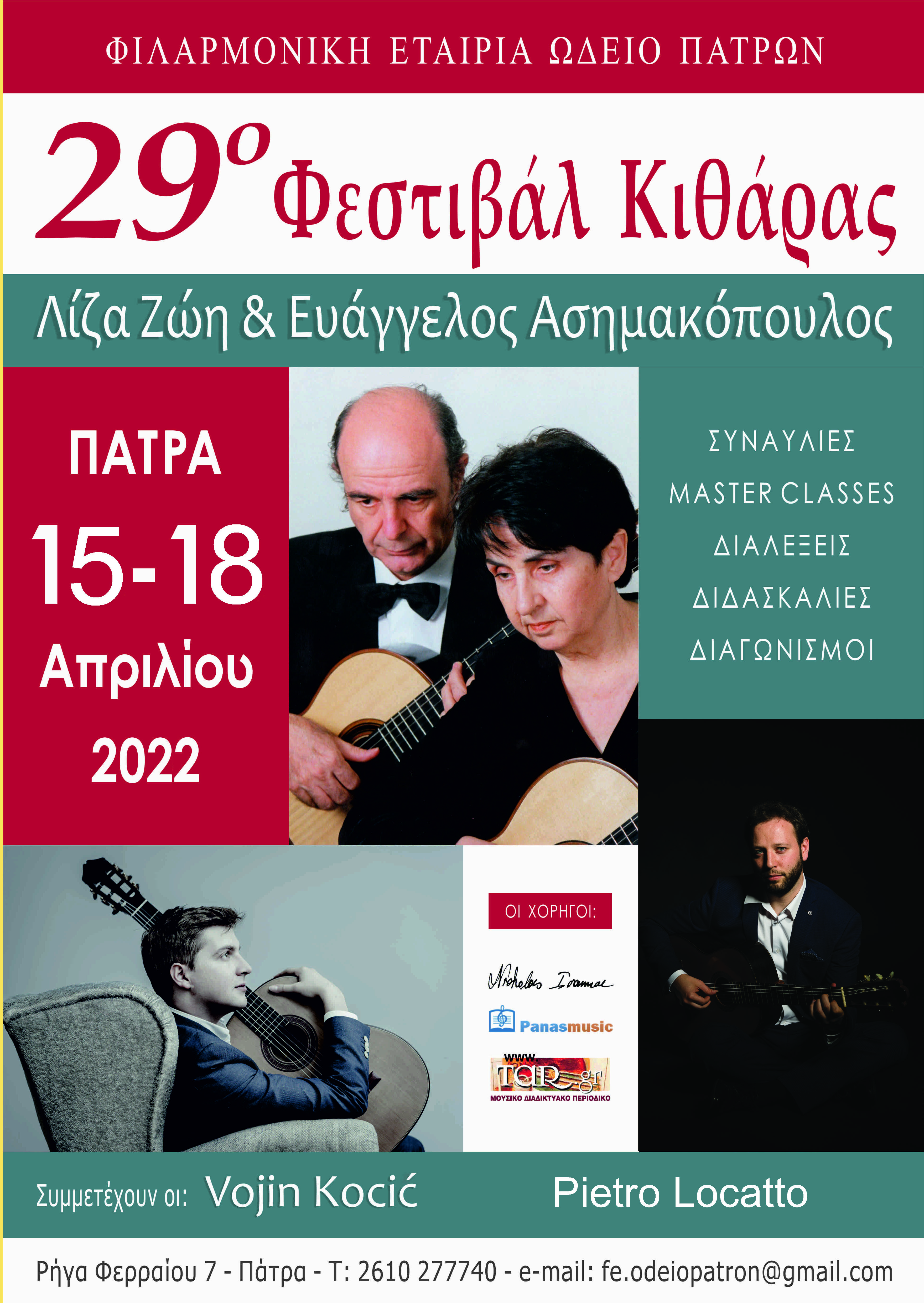 After two years of forced absence due to coronavirus, this year's 29th International Guitar Festival in Patras gave us an unexpectedly pleasant surprise!

First, the participation of students who despite the adverse conditions due to the corona virus exceeded 100 people, then the high level events that were all a special experience to those who attended and finally the competitions that impressed with the rivalry that unfolded during the process, which, however, emerged as a new 'batch' of future instrumental soloists.

The scene did not look as natural as any of the previous years, since the audience wore a mask at all events, following the strict standards of the law with the necessary control. The mask was also worn by both the teachers and the students in the classroom, while from this unprecedented experience for all of us, only the soloists survived during their concert. 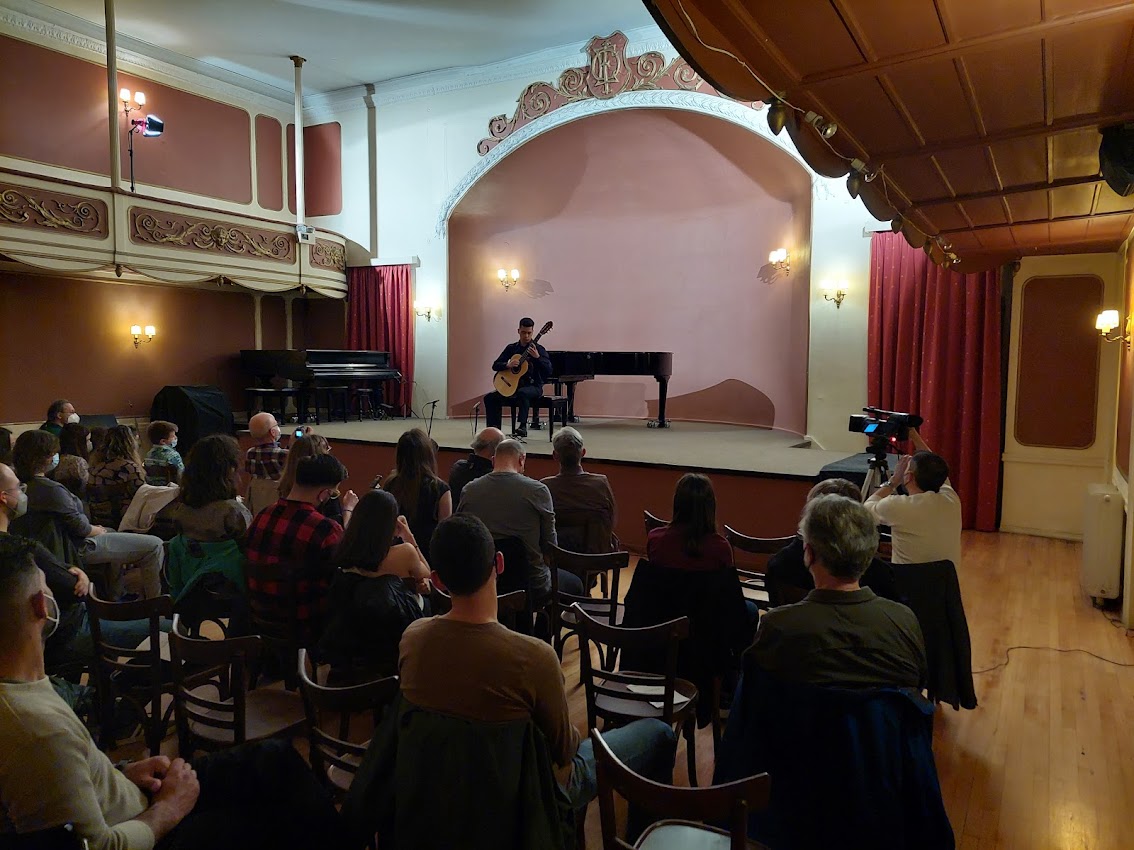 The first day of the events started with two impressive recitals: by Filippos Manoloudis who in his youth presents a rare technical and expressive maturity and immediately after Theodore Theodoroudis, winner of last year's competition at the Patras festival, who with his perfect appearance confirmed the fame that already surrounds him. These are two young artists, one of the most important guitarists of their generation in our country.

The two friends at the end of the concert performed as a duet a dance by Nikos Skalkotas, receiving the loud applause of the audience for the unexpected biz they gave him… 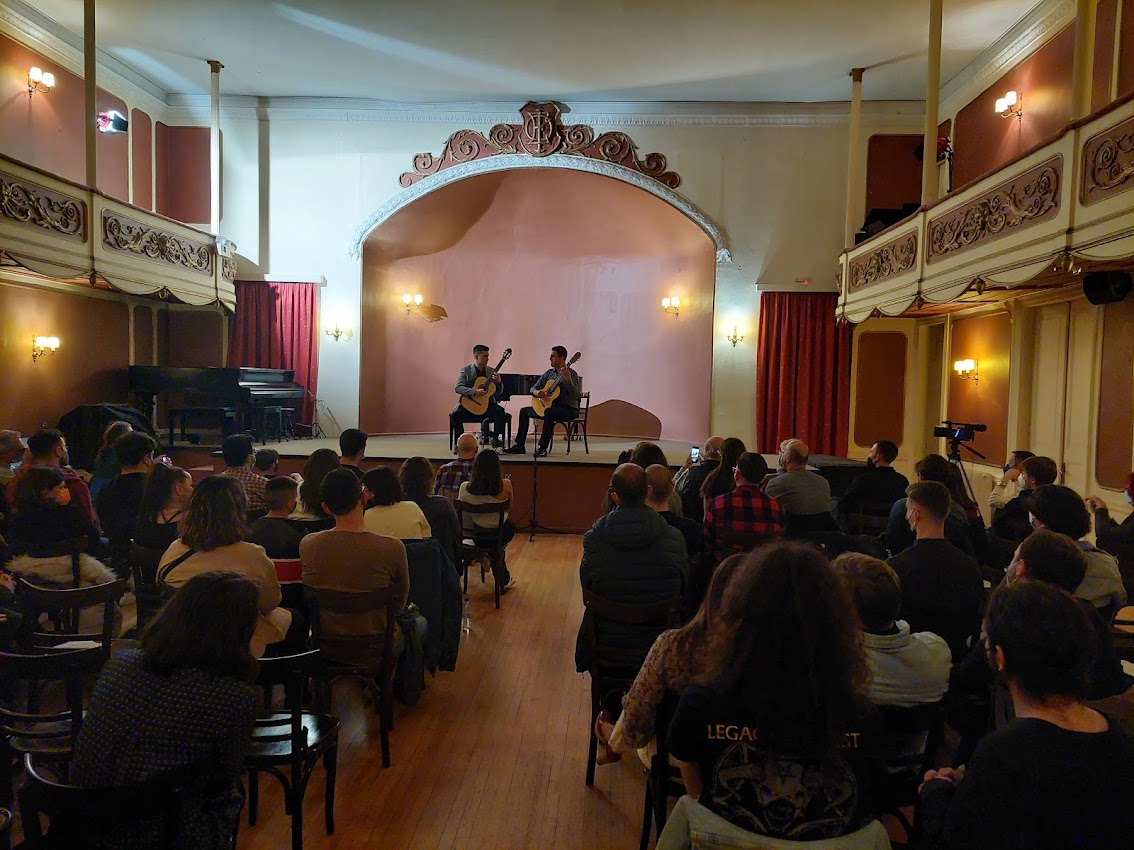 The second day of the events began with the lecture by the leading music theorist Panayiotis Adam, who referred to Chaconne's relationship with Passacaglia, and continued with the recital by the distinguished Italian soloist Pietro Locatto who moved the audience a program of Spanish composers that he presented, and closed with the concert of the duet Andronikos Karaberis - Christos Tsarouchis who impressed with their expressiveness and the 'ensemble' in the works they performed. 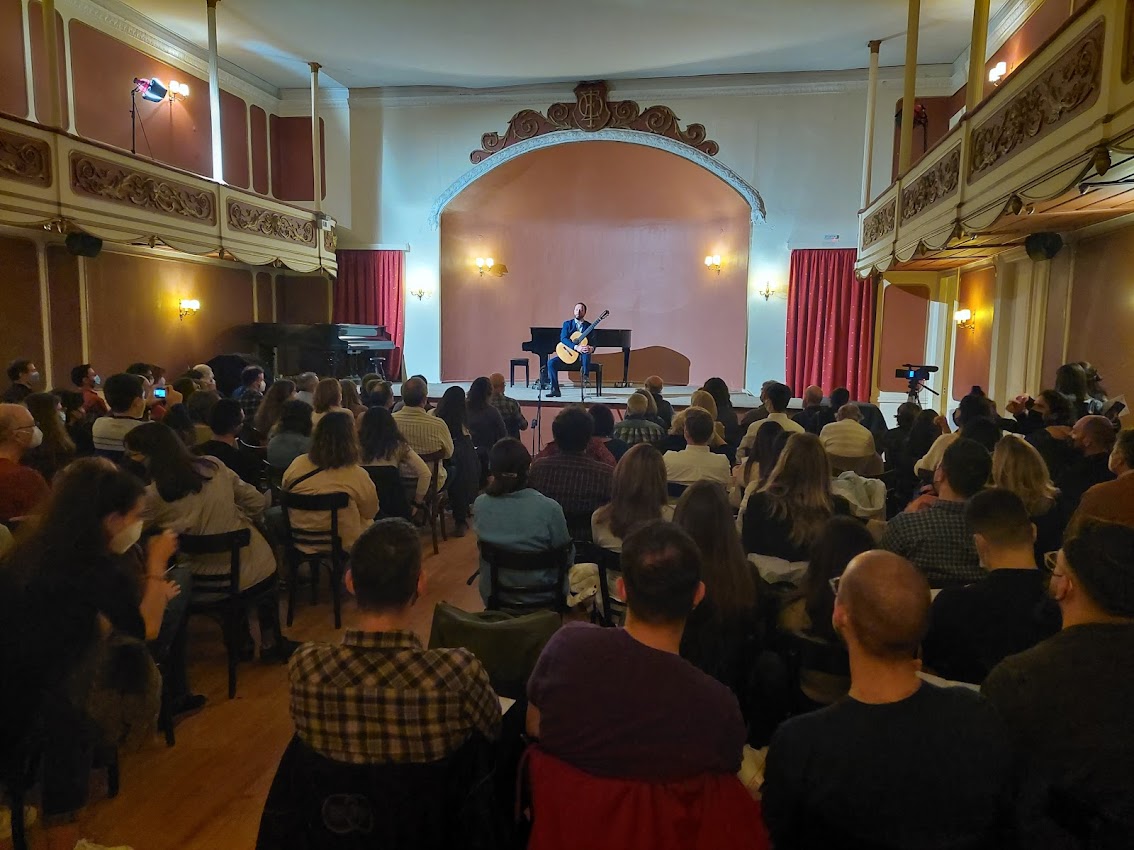 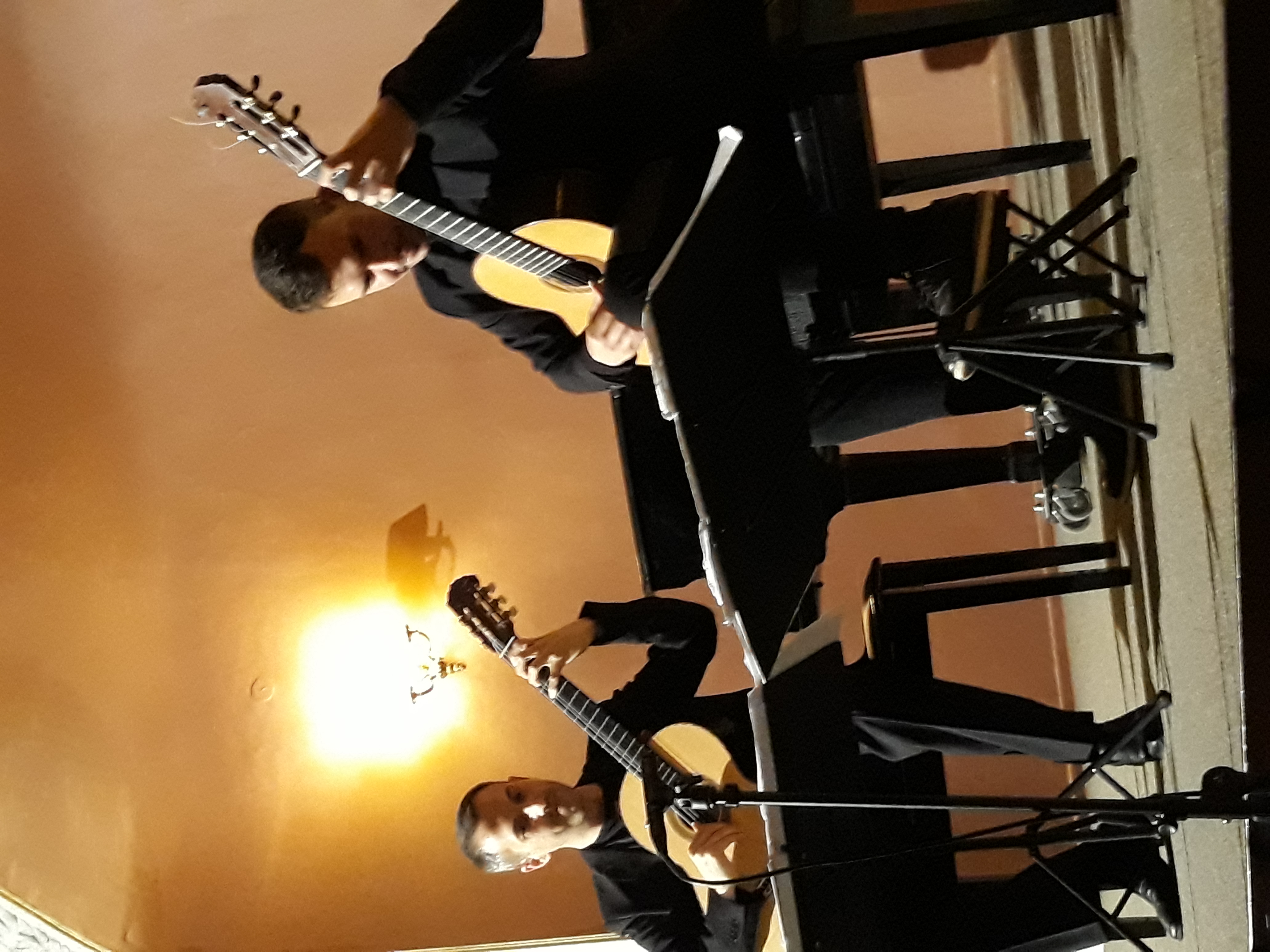 The third and last day of the events included the lecture of the eminent Professor of Orthopedics and Traumatology Minos Tyllianakis who analyzed the problem of hand’s ulna, receiving at the end a storm of questions from the audience - indicative of the interest aroused by his speech. 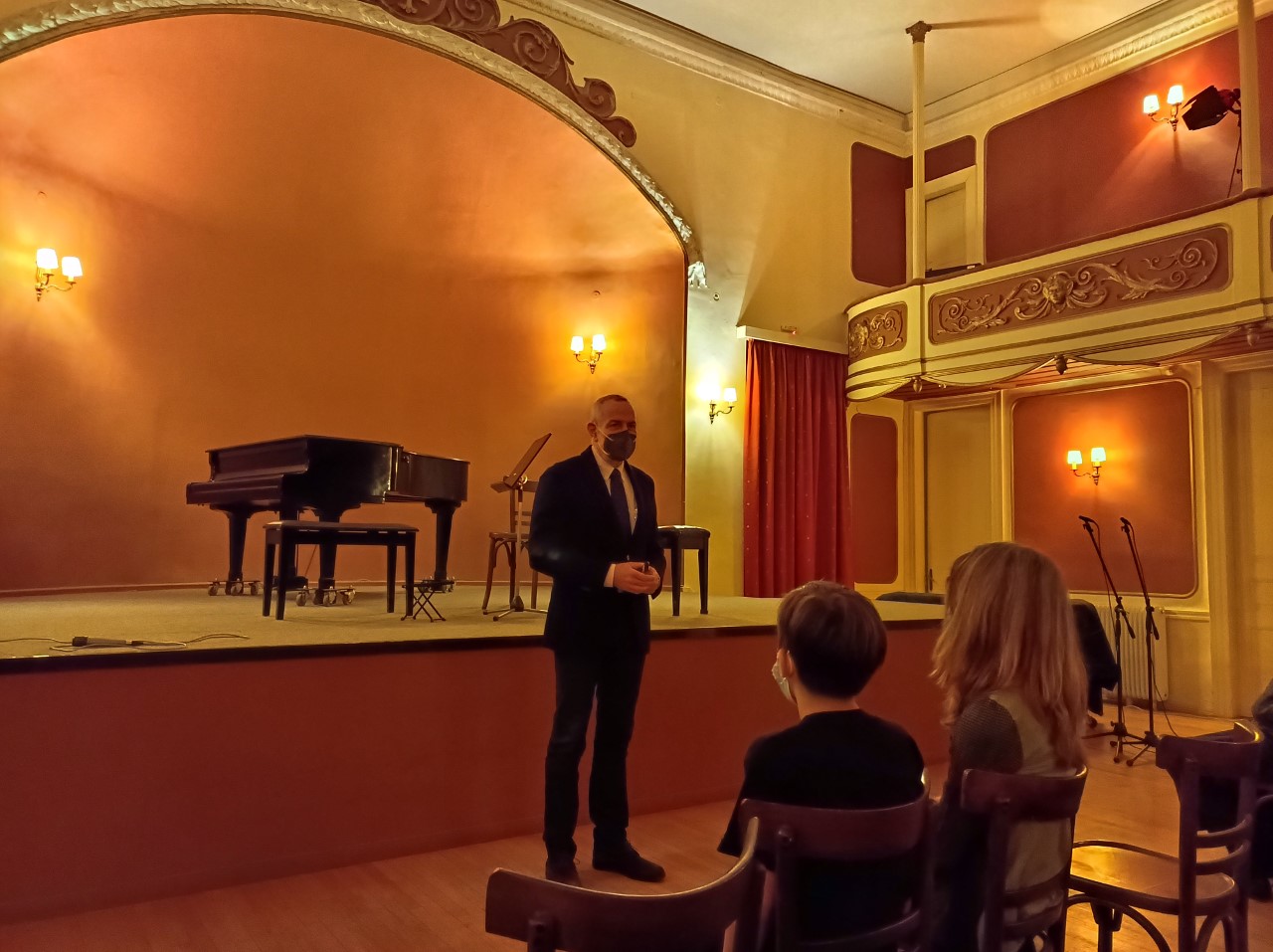 The day closed with an impressive recital by the Serb Vojin Kocić that aroused the justified enthusiasm of the public of Patras who welcomed the remarkable artist for the second time after 2014. 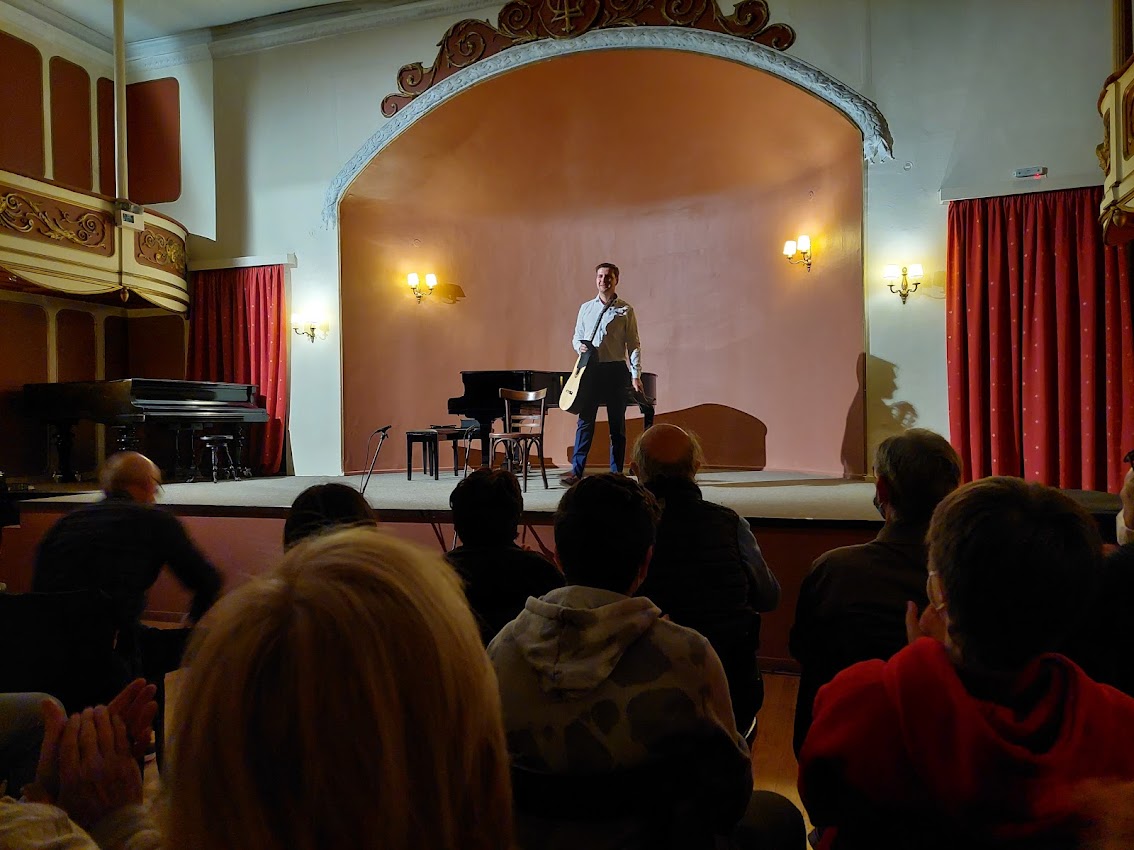 As every year, the fourth and last day of the events was dedicated to the three competitions that included all ages. 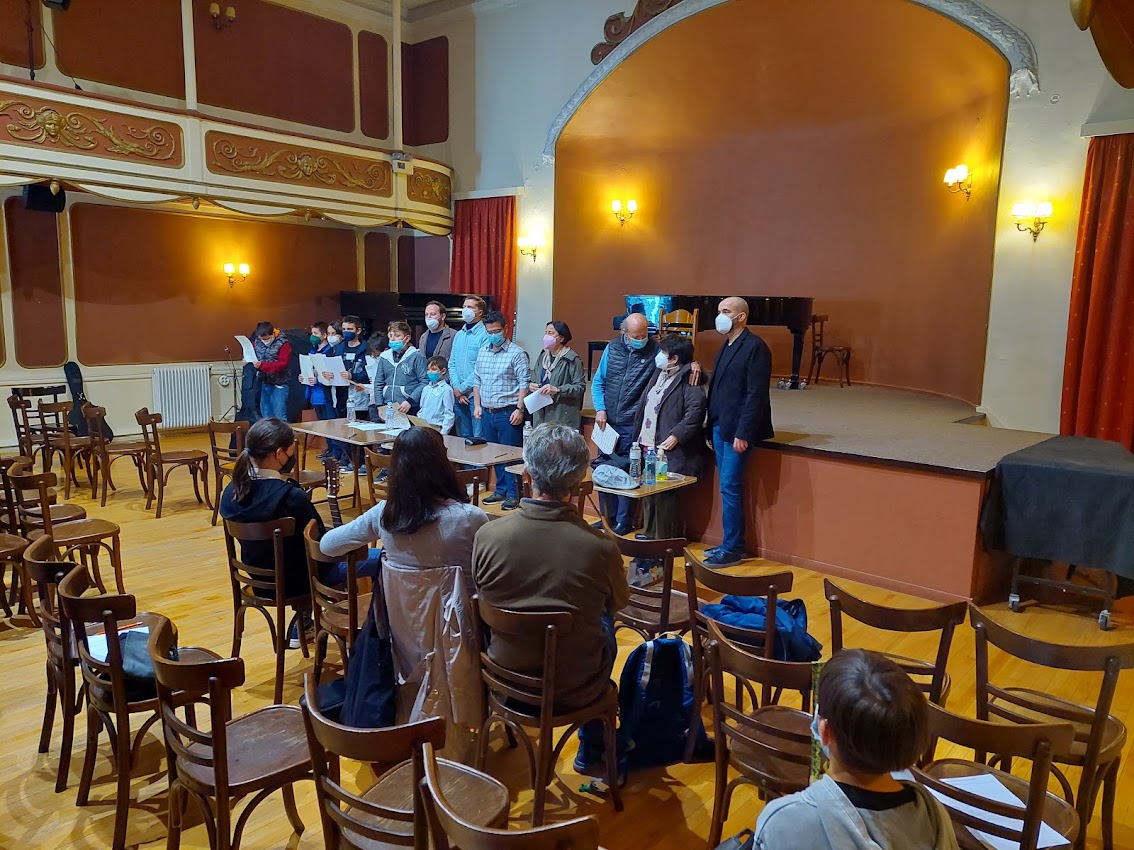 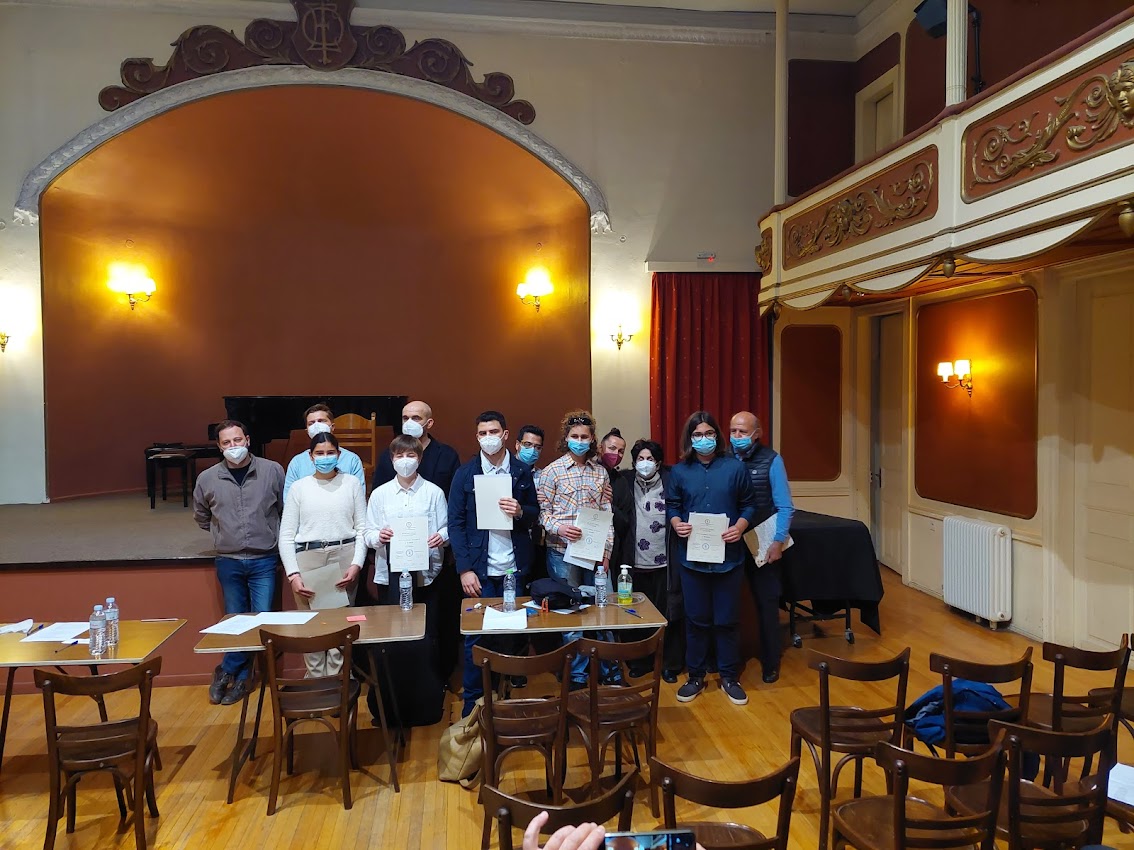 We will stand at the First Prize of the big category won by the young Nikos Sipsas, who was rightly selected by the five-member committee as the best in his category thanks to the exemplary interpretations in the works of Dowland and Walton, winning the prize that the guitar maker Nikolas Ioannou had awarded as well as the recognition for a personal guitar recital at the next International Guitar Festival in Patras. 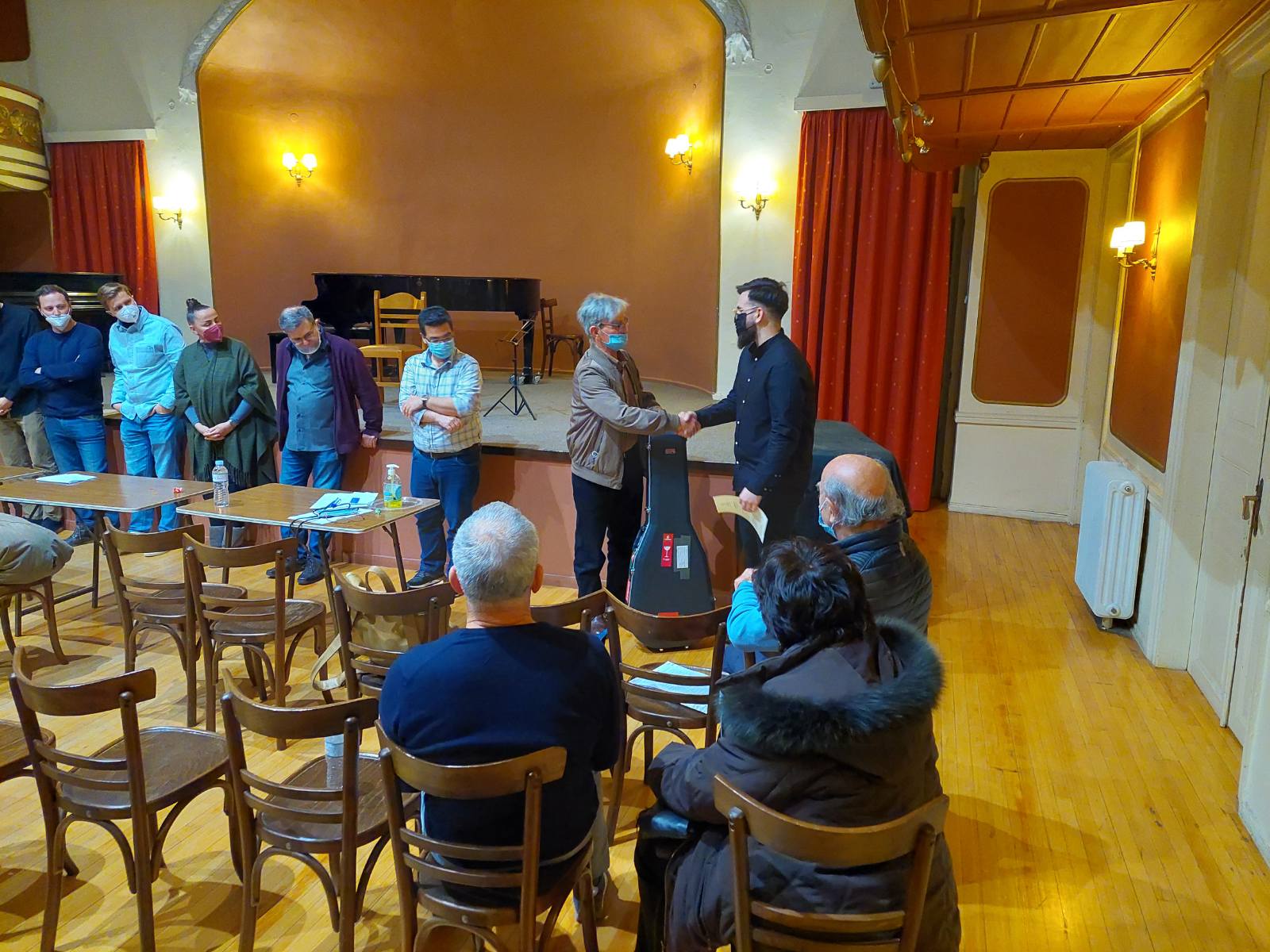 Since 1992, the year when these events started as a Seminar and later turned into a Festival, our goal has always been to inform, educate and reflect on the hundreds of students who gathered and continue to gather from every corner of our country and beyond. To achieve this goal, our priority has always been the strict selection of artists that would frame the four days of events with concerts, Master classes, lectures, recitals and teachings, which contributed the most to the establishment and reputation of the institution.

At the management of the ‘Philharmoniki Foundation Conservatory of Patras’ which for another year hosted us in its halls, we want to publicly express our thanks as well as to the sponsors Nikola Ioannou and K. Papagrigoriou - C. Naka (panasmusic) for their kind offer.

Finally, with many wishes and optimism we are now looking forward to our appointment for a festive ‘30th International Guitar Festival’ in Patras on April 7-10, 2023! 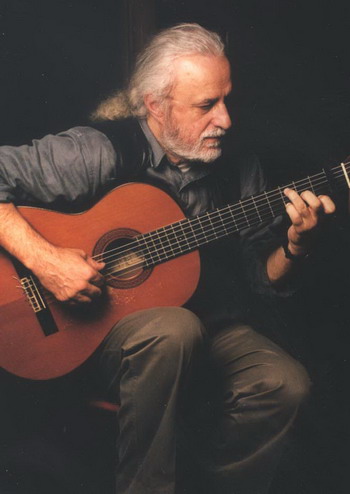 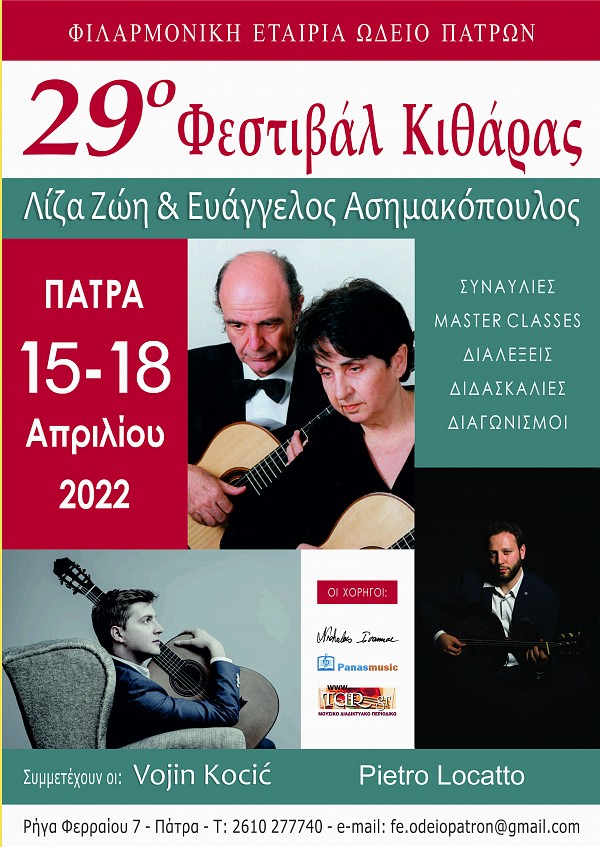 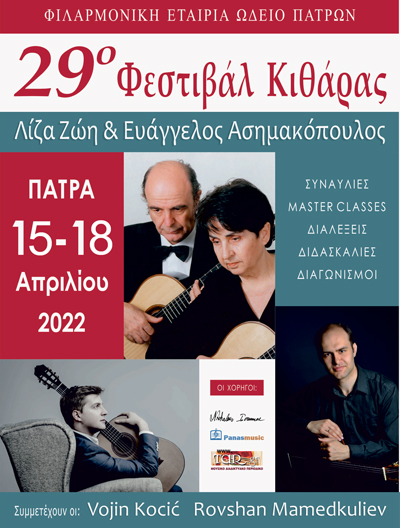 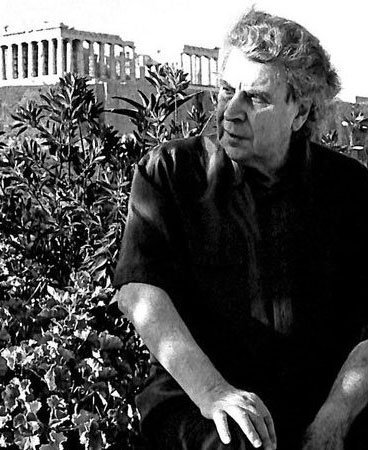 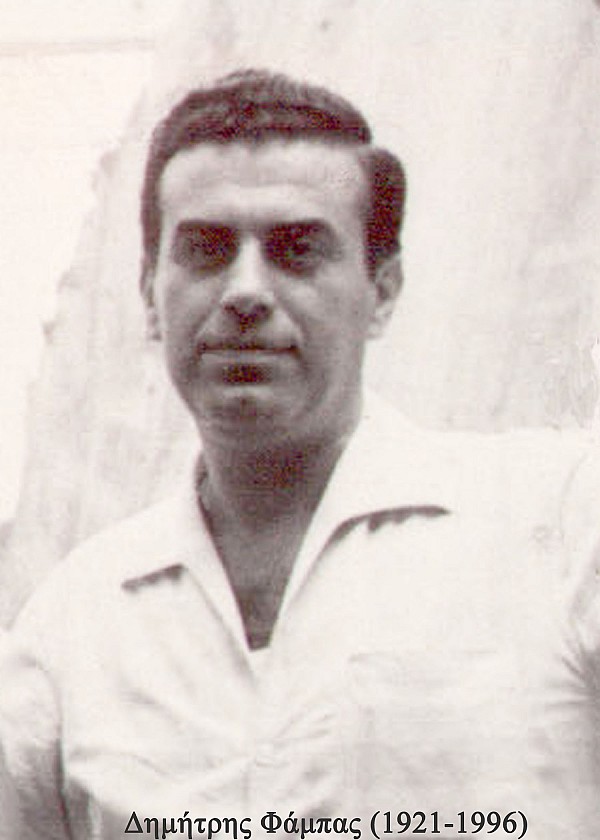