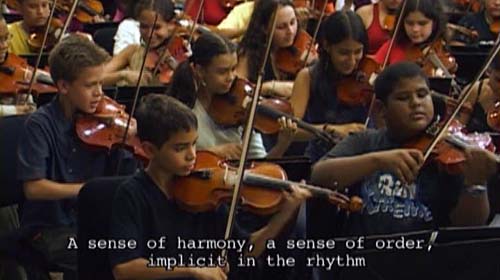 To Play and to Fight (Tocar y Luchar)

Language in Spanish with English subtitles

The film ‘To Play and To Fight’ presents the captivating story of the Venezuelan Youth Orchestra System.

Under Alberto Arvelo’s engaged direction we follow the origins of the organization, as told by its founding members, and its development through the lives of some of its aspiring artists. With interviews with many of the world’s most celebrated musicians including Placido Domingo, Claudio Abbado, Sir Simon Rattle, Guiseppe Sinopoli, and Eduardo Mata, the film ‘To Play and To Fight’  is an inspirational story of courage, determination, ambition, and love showing us that… only those who dream can achieve the impossible.

It is  a fascinating story that started less than 40 years ago when the Venezuelan economist Jose Antonio Abreu embarked on an experiment by getting 11 underprivileged children together in a car park and giving them musical instruments to play. 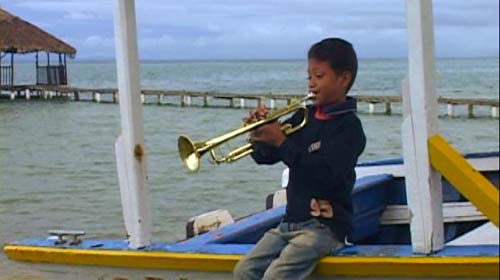 In the film we learn that Venezuela had just two orchestras then, almost entirely filled by foreigners.  It was impossible for young Venezuelans to play in them, there was no way to be trained.

Jose Antonio Abreu changed that. Not just a conductor but an economist and politician too (the youngest congressman in Venezuelan history), he had musical expertise, contacts, and zeal. He started a Youth Orchestra. Then he started another and another. He awoke consciences in big business, portraying music as a way of keeping kids in the tough barrios off the streets, of instilling teamwork and a sense of belonging. Abreu was a great salesman and so subsidy flowed in. For the first rehearsal he had seven kids. Two weeks later, he had 150. Thus was born the National System of Youth and Children’s Orchestras of Venezuela, or ‘El Sistema’ as everyone calls it - a revolutionary  musical training system.  This was more than 30 years ago but the sistema continues to flourish. 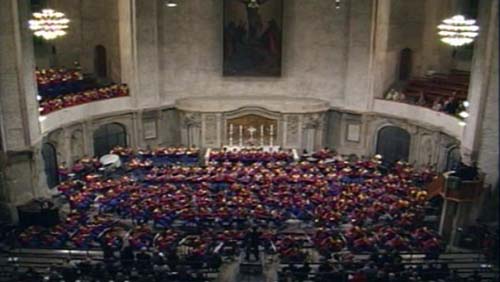 The Youth Orchestra of Venezuela is one of the most thrilling and remarkable youth orchestras in the world. It is the star of the Venezuelan Youth Orchestra System. El  sistema consists of a series of Children & Youth Orchestras and Choirs established across hundreds of cities, towns, and villages in the country. We are told that today, the Venezuelan system directly affects more than 250,000 children, most of which live in rural areas with limited access to the cultural and educational opportunities usually found in more urban centres.

They now receive four hours of musical tuition after school a day (yes, each day) at 120 local centres. They can have an instrument into their hands when they are 3 years old.

The sistema - government scheme, employs 15.000 teachers and runs 200 youth orchestras. Teaching and practising is done communally, like a sport. And   because kids are playing for 20 hours a week, they make extraordinary progress.

In the film we listen to children- members of the orchestras explain the social benefits that have been spectacular; many boys get pulled into gangs and drugs, but those who come along to the sistema are saved. 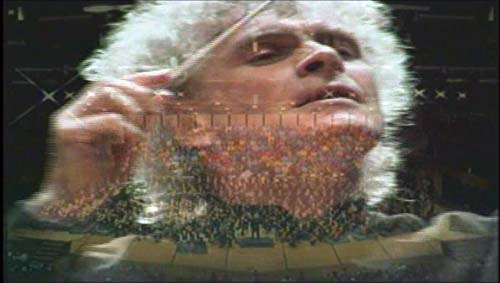 The musical achievements make impression around the world. Simon Rattle calls the sistema ‘the most important thing happening anywhere in the music world’. When you hear the ‘Simon Bolivar Orchestra’ is hard to argue about the quality. Edicson Ruiz, a double bassist has joined the Berlin Philarmonic. Of course the sistema’s most spectacular ‘product’ is Gustavo Dudamel, who became Simon Rattle’s assistant in Berlin in 2003 and soon afterwards he won the Mahler conducting Competition. The man is only 26, is now commanding the world’s top orchestras and is recording with Deutshche Gramophone.

The direction by Alberto Arvelo,both aurally, visually, and emotionally is superb. He is one of Venezuela’s most accomplished film Directors His film A House with a View of the Sea fetched more than 15 international awards, including Best Director at the New York 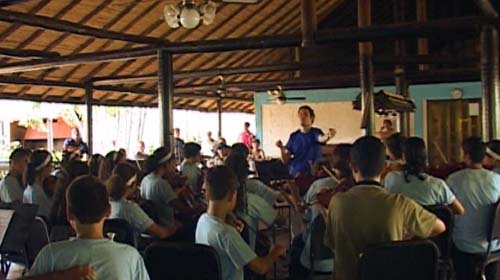 Tocar y Lucar is a must, a film not to be missed.  It shows us how it all happened in Venezuela, how a country with huge problems of crime and deprivation has become a musical hot-house. Yes El Sistema produced renowned musicians like conductor Gustavo Dudamel and the Belrin’s Philharmonic youngest player Edicson Ruiz.  But above all it has exposed children of all ages, races, and social classes to the wonders of music, for ever changing their relationship with arts and their communities. 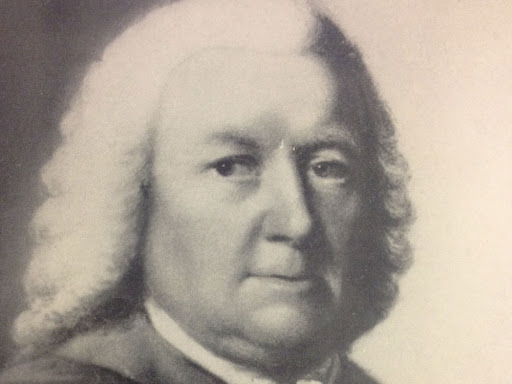 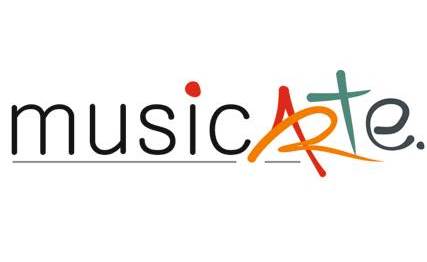 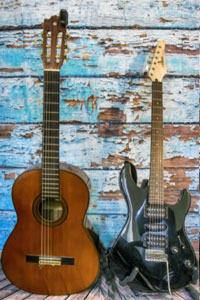 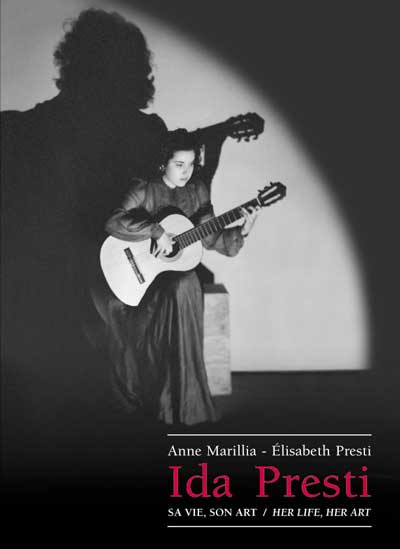 Wish you were here: IDA PRESTI (By Eleftheria Kotzia)